In an effort to be intentional about celebrating Advent and Christmas more fully, as outlined by Taylor Burton-Edwards, Director of Worship Resources, Discipleship Ministries (United Methodist Church), in the United Methodist Worship blog post Three Ways to Celebrate Advent and Christmas Season Fully in 2015/16 , my congregation will begin to observe Advent Sunday, November 15. The “new” fourth Sunday of Advent will be December 6.  We are following the lectionary for these Sundays, as they already exist. Using the Gospel Lessons, Gayle (the Chairperson of our Worship Committee) selected key phrases from different translations of the Bible and paired the phrases with two words that will be used for silent meditation at the beginning of worship. Using these phrases and two-word meditations as inspiration, I am writing Advent Wreath Lighting Liturgies for our Advent observance.  If you would like to use them in worship, please feel free; however, I do ask that you acknowledge Gayle Youmans and Amy Persons Parkes as the authors of the material.

Leader:  For hundreds of years, our Jewish ancestors waited for the promised Messiah, the one who would come in God’s name and power, one in the line of kings, one who would be greater than David, one who would restore Israel to it’s former glory.

John the Baptist, in the order of the prophets, called on the people to confess their  sins, to repent, and to look to one who was more powerful than he. But the ways of God are mysterious and unfathomable to the human mind. While we searched for one who would lead an army, sit on a throne, and reign over a nation, God was putting two microscopic cells together in a woman’s womb. While we were combing through the genealogies of heroes and palace families, God was spreading a little straw in a splintering manger. While we were seeking power from above in places of power here below, God was lifting up the anonymous and silencing the authorities.

As we light the candle for the second Sunday in Advent, we remember how we have often followed a misguided majority rather than a faithful few.

Leader:  Like Pilate, our hearts—when we listen for God’s spirit within—tell us what we know is right.

People: Like Pilate, we brush up against the Truth of the Gospel; and we seek answers from Jesus.

Leader: On this second Sunday of Advent, we embrace the need for us to practice discernment, to recognize the nagging questions arising within us, and to be wary of where the crowds may lead us.

People: We will listen for the truth. We will heed the voice of Jesus. 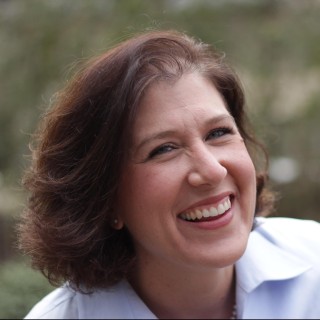